The year started with a bump, as Lockdown 3 was announced on January 4th. Staying at home, working from home, educating at home, limited exercise, everything cancelled including weddings and conferences. While the first lockdown had sunshine to lift the mood, this one, in the darker months, was tough for all.

There were some bright spots, as we discovered a beaver dam on the Estate, while in April the Exeter Epic Trail 10k did take place (you can sign up for this year’s event here).

As the summer approached guidelines changed once more. Weddings were once more on the cards, although with reduced numbers. On May 22nd we had our first wedding party of the year with just 30 guests. Guidelines eased again in July and we were pleased to welcome larger weddings to the house for the remainder of the year, with several in September that had been moved from earlier dates.

In June, we also opened the house up for a styled outdoor wedding shoot which went well despite high winds. The Prestige Awards took place at the house – rather than a large ceremony award winners attended at a pre-arranged timeslot.

July found us featuring in Devon Life Magazine, as Mish and Lucy remembered the impact of the A30 dual carriageway on the Estate, including the arrival of protestor Swampy.

In August with all restrictions gone, it was fantastic to see the estate once again filled with revellers who came to enjoy Beautiful Days Festival which had been cancelled in 2020. Although there was rain – and consequently some mud, nothing could dampen the spirits of festival goers. It was amazing to have the chance to see so many talented acts, including James, Frank Turner and the Sleeping Souls, Gary Numan, The Lakeman Family Gathering, Imelda May, New Model Army and festival regulars (and organisers!) Levellers – plus many more including up and coming local bands.

Outdoor events included a fundraiser for Battersea Dogs Home in October, when hundreds of dogs and their owners had loads of fun following a fun course of 2.5 or 5K. It was a huge success and bookings are now being taken for next year’s event on 29th October. Find out more here. Also in October, instead of dogs the Estate was filled with bikes taking part in the Escot Superprestige Cyclo-Cross 2021.

In December we were delighted to see lots of Santas running around the Estate in the annual Jolly Running events, held over a weekend to fundraise for Pancreatic Cancer Action and the Stanley Beau Foundation.

It was a quiet end to the year. Often we host Christmas dinners but many companies had scaled back. We hope to welcome them back next year.

In the meantime, we have conferences, weddings and events booked in for the year ahead, so fingers crossed this year will be somewhat smoother than the last one!

So that’s our look back over 2021, another strange year indeed. 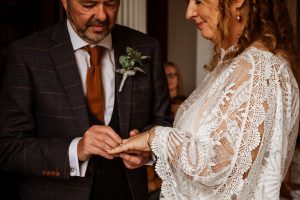 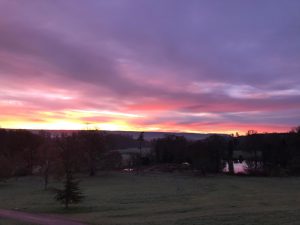 Thank you Guides for Brides for this update on Plan B and weddings: The government

It was quite a surprise to realise that we are now in December. The weather