We recently posted a video on social media of a new wild beaver dam we’d come across on the Estate. There was a huge amount of interest! So we thought it would be helpful to explain more about beavers, their history and their reintroduction into Britain.

There have been beavers on Escot Estate since 2007. Many people think beavers are not native to Britain, but in fact they were pretty common here until the 17th century when the last sighting was reported in Scotland. As with other creatures including bears and wolves, beavers were hunted to extinction in this country. Unfortunately for beavers it was their fur, musk – and meat which made them a target. In fact, before Charles Darwin’s classification they were thought by many to be a type of fish because of their flat scaly tail! This meant people could eat them on Fridays and Holy Days when meat was not allowed, particularly by Catholics.

Numbers also dropped drastically elsewhere in Europe. In the 1970s, some countries responded by starting a conservation programme, successfully reintroducing beavers in a wide area.

Mish was keen to add this mammal to the collection of native species at Escot, understanding that at one time they played a vital role in maintaining our natural ecosystem – and could do so again. Far from being destructive, by creating small, still pools of water beavers help to encourage habitats for wildlife including birds and insects. They can also help protect against flooding as well as restoring wetlands.

Escot’s pair of beavers were brought over from Germany and kept in an enclosure. They got busy building a dam from small branches, stones and mud, and creating a series of tributaries and small ponds.

People often wonder why beavers build dams. They do this to deepen natural watercourses so they can avoid predators when travelling to their food source. These would once have included bears, wolves and eagles.  Today in England they have no natural predators.

Two years after arriving the beavers had kits, although they didn’t survive to adulthood. One was a runt and died of natural causes and the other, a male, grew to be a strapping teenager but hadn’t bothered to read his health & safety manual, swimming under a tree just as his mum felled it.  Subsequent litters were more successful and kits were able to be donated to other projects.

In recent years, beavers have been spotted living in the wild on the River Otter in Devon, in Cornwall, and Tayside and Knapdale Forest in Scotland. They also have a presence in Kent, Essex and the Forest of Dean, where they are kept in enclosures.

The Devon beavers came under threat of removal with concerns about their effect on the landscape, but in August 2020 the government announced that they could stay. This makes the Devon beavers the first legally sanctioned reintroduction of an extinct native mammal to England. Scotland had already declared them a protected species.

Most people respond positively to the reintroduction of beavers, particularly when they learn about the benefits they bring. As we continue to tackle the climate emergency and nature crisis, we feel they have an important part to play. 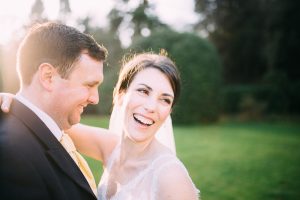 The benefits of a day wedding venue 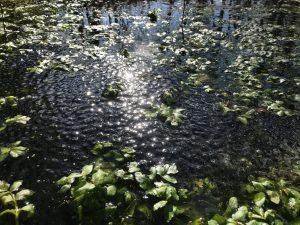 Is frogspawn on the decline? 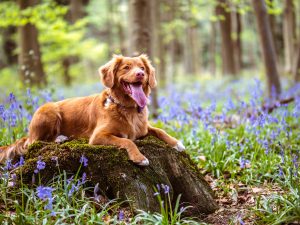 Pick it up – please!

The benefits of a day wedding venue

As a wedding venue Escot doesn’t provide accommodation. The house is also a home, and

Is frogspawn on the decline?

Pick it up – please!

Dog mess is always an emotive subject, especially for people who step in it! During