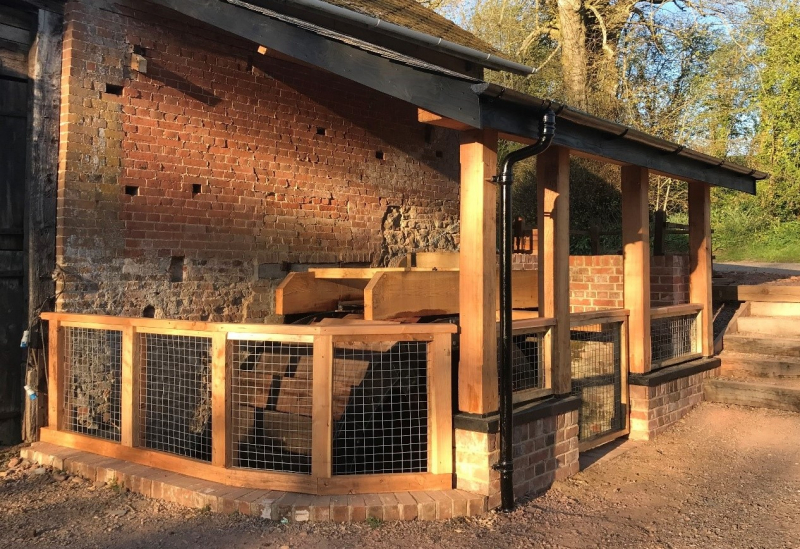 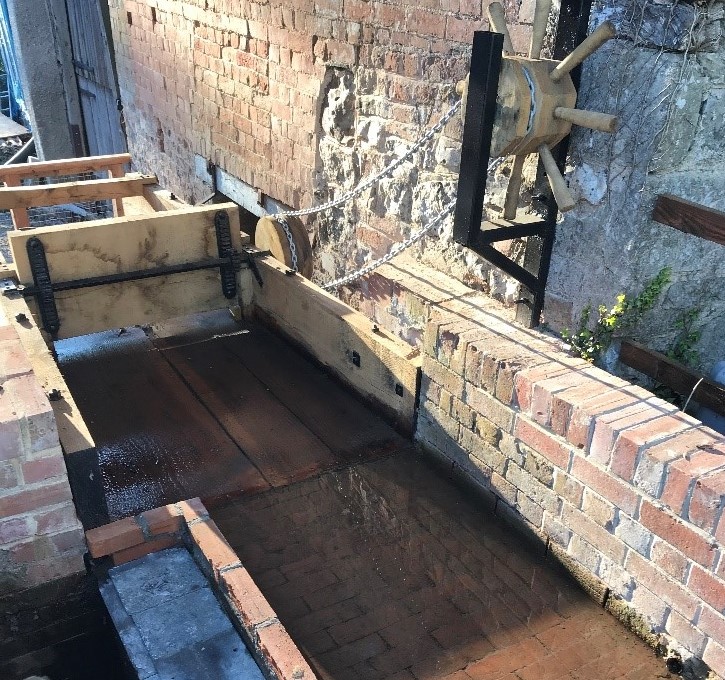 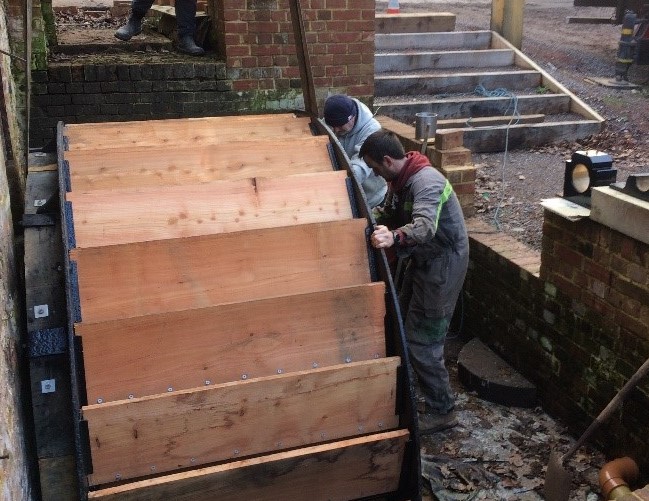 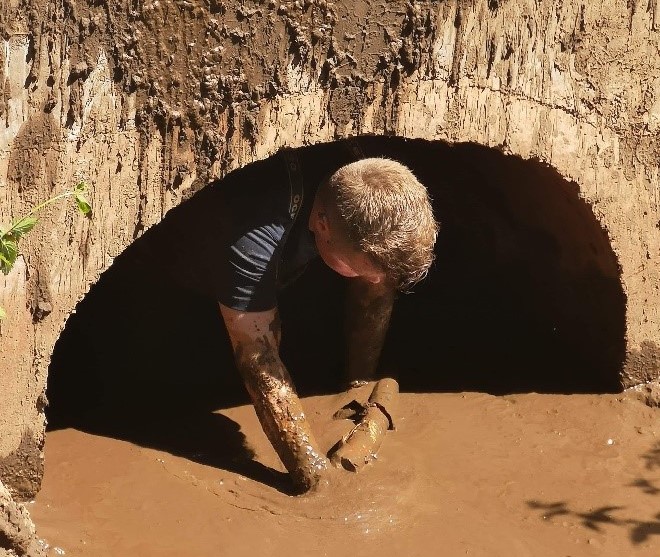 The Clapperentale waterwheel was built at the Fairmile forge, part of the Escot Estate, by Huxtables in 1868. Water spun the wheel from above, making it an ‘overshot’ wheel. Because of the flat gradient from the water intake point over half a mile away at Talewater, the leat was prone to regular silting so it was high maintenance. Water flowed into an open brick culvert that ran through the higher side of the entire farm complex to the launder – a wooden trough with its own controllable sluice. In 1936 the wheel was abandoned and a spare estate steam engine was lent to the tenant from the sawmill.

In 1868 the wheel would have been used to bruise, (flatten), and grind corn – probably oats for horse feed and wheat for flour. To control the flow of grain, a clapper (wooden or stone block) was used as a primitive regulator – usually in association with a horizontal mill. It is thought that this is where the farm’s name is derived – Clapperentale – Clapper on the (river) Tale. (A Google search will reveal several Clapper Mills around the country). By the 1930’s, according to Geoff Turl whose father was the tenant at that time, the wheel was only powering a chaff cutter, and not milling.

Most Escot residents weren’t aware of the wheel’s existence. In 2018 the Tale Valley Trust were given grants from the H.B. Allen Charitable Trust & the Garfield Weston Foundation which enabled the restoration project to become a reality. Work began in February 2019.

The wheel was protected (and hidden!) by a tiled roof which had to be removed. A beautiful but self-seeded weeping willow growing out of the foundations sadly also had to go. On February 27th 2019, the wheel was craned out of its sump and placed in an adjacent barn so that it could be worked on.

The exit tunnel, 24 metres of arched brick with a brick floor, had caved in at the lower end, so careful mechanical excavation was necessary to re-discover it.

On March 5th, a vertical brick access shaft going down behind the wheel was exposed. It had been thought that there was an unexplained culvert leading away uphill from the wheel – but in fact it is a beautifully crafted curved bend to the shaft that no-one living knew about. Because the gap behind the wheel had been filled with agricultural rubbish over the years it was not possible to access this area until the wheel had been removed. An exciting discovery!

In early May half the wheel was stripped down and the metalwork sandblasted, primed and painted. This was to avoid the risk of the metalwork twisting if all the woodwork was removed at once. Brickwork surrounding the wheel was repaired and new pedestrian steps created where the willow tree had been. By the end of the month the first bucket of the wheel had been renewed using Escot larch, felled and milled on site. On May 24th, a small channel just wide enough to allow crawling was cleared through the silt in the brick tunnel to allow excess water to escape and for the mud to dry out as much as possible. This paved the way, literally, for a fantastic group of volunteers clad in chest waders to spend a day in June crawling in relays with buckets passed down the line to remove five dumper loads of mud.

In July the earth leat beyond the tunnel was dredged and a recirculation pump installed. In September, the brick culvert originally bringing water to the wheel was investigated, 10m away and now under a concrete driveway. This was an interesting exercise as laser levels revealed that the culvert would have to be two thirds full before any water would reach the launder. The section excavated was documented and then carefully filled in again as it would not be practical or economic to reinstate, especially as it was inefficient in the first place because of a very flat contour – ideal for a water meadow!

On February 10th 2020, the restored wheel was craned back into position and final adjustments were carried out in situ. By mid-March the new launder was also craned into position over the wheel.

The water pump was switched on on March 26th and the wheel spun on its axis for the first time in 86 years. However, the volume of water wasn’t quite sufficient. The wheel would spin for one and a half revolutions and then have to stop for a ‘drink’. A second pump has rectified that – the combined flow rate is now 15 litres per second.

At the end of March scaffolding was erected over the wheel so that the protective roof could be rebuilt. By Good Friday, April 10th 2020 the roof was complete, scaffolding removed, and the project flowered!

Particular thanks must go to: 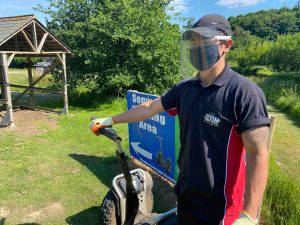 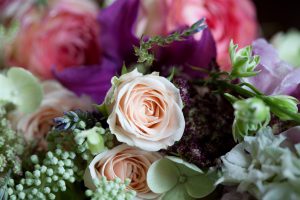 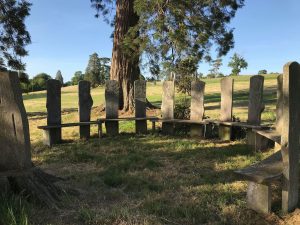