The Tale Valley Trust is looking for volunteers on Thursday June 23 to get stuck into removing Himalayan Balsam from the banks of the River Tale which runs through Escot Estate.

Himalayan Balsam was introduced into the UK in 1839 as a garden plant but soon spread, becoming an invasive species with an adverse effect on the natural ecosystem. Mish Kennaway from Escot explains:

“It may look pretty, but it can take over riverbanks very quickly. It’s a fast growing plant with explosive seed pods which means the plants cover wider and wider areas resulting in dense areas of vegetation.

“As it grows to about 2.5 metres it blocks out sunlight and takes up space – which has a negative impact on native biodiversity.”

The effect creates an imbalance, impacting not just plants but also wildlife including spiders and beetles. These invertebrates pollinate wild plants and crops and help to maintain healthy soil structure, as well as being a source of food for other animals. In addition, Himalayan Balsam can also cause the erosion of river banks, increasing the risk of flooding.

To mitigate the threat from the balsam, the plants must be pulled out in early summer – before the seeds begin to be dispersed. “It’s an immensely satisfying activity, as you can see the results as you go,” says Mish.

Anyone interested in joining the group of volunteers (minimum age 16) can email Mish for more details and to book in: mish@escot-devon.co.uk

The day will start at 8.30am, meeting outside Escot House. While waders will be provided, volunteers need to bring a packed lunch and sufficient hydration. The intention is to cover around 7 miles of the river during the day.

There are also future dates to volunteer for balsam clearance: July 21 and August 25. 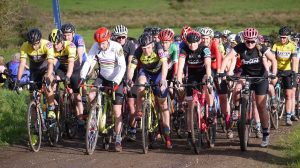 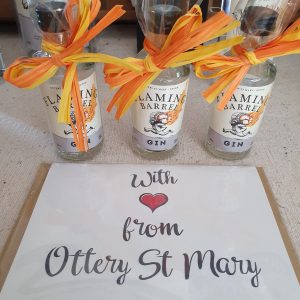 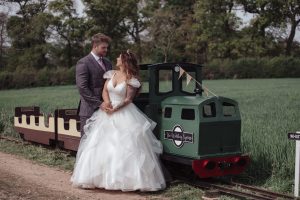 Wedding favours come in all shapes and sizes these days! From sweets and treats to